The Trials of Darryl Hunt 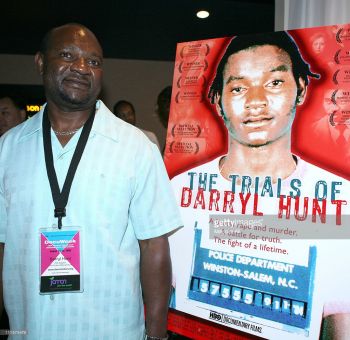 “The Trials of Darryl Hunt” is a feature documentary about a brutal rape/murder case and a wrongly convicted man, Darryl Hunt, who spent nearly twenty years in prison for a crime he did not commit. Both a social justice story and a personally driven narrative, the film chronicles this capital case from 1984 through 2004. With exclusive footage from two decades, the film frames the judicial and emotional response to a chilling crime – and the implications that reverberate from Hunt’s conviction – against a backdrop of class and racial bias in the South and in the American criminal justice system. This documentary is the culmination of ten years of research and filming. In 1993, inspired by claims of injustice and police conspiracy, the filmmakers began to shoot in North Carolina. Working from a mix of formats (16mm and 24P video) the film melds the visceral reality of a murder case with first person accounts and cinematic imagery, illuminating perceptions and memories of events as they unfolded for the people closest to this haunting story. This unique look at one man’s loss and redemption challenges the assumption that all Americans have the right to unbiased justice. Hunt’s story – while one man’s personal journey – reflects systemic issues of national concern: cross-racial eyewitness identification, prosecutorial misconduct, inexperienced defense attorneys assigned to capital cases, racial bias in death penalty cases and errors in police procedure. Barry Scheck from The Innocence Project, who worked on Hunt’s case for ten years, and Gary Wells, professor and eyewitness expert, offer concrete examples where errors occurred in Hunt’s saga and offer future remedies and effective ideas to prevent future “Darryl Hunts.” Hunt himself addresses the need for systemic reforms to prevent wrongful convictions, underscoring the haunting reality that Hunt could have been sentenced to death and we would never have known this story. (Annie Sundberg, via IMDB)