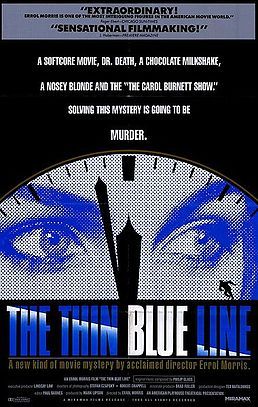 The Thin Blue Line is a 1988 American documentary film by Errol Morris, depicting the story of Randall Dale Adams, a man convicted and sentenced to death for a murder he did not commit. Adams’ case was reviewed and he was released from prison approximately a year after the film’s release