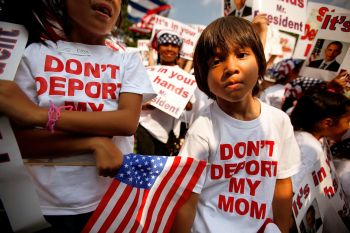 More than one million immigrants have been deported since President Obama took office. Under his administration, deportations and detentions have reached record levels. The get-tough policy has brought complaints of abuse and harsh treatment, including charges that families have been unfairly separated after being caught in the nationwide dragnet. In a co-production with the Investigative Reporting Workshop, correspondent Maria Hinojosa investigates Obama’s enforcement strategies and journeys into the secretive world of immigrant detention, with a penetrating look at who is being detained and what is happening to them.