Executing Freedom: The Cultural Life of Capital Punishment in the United States 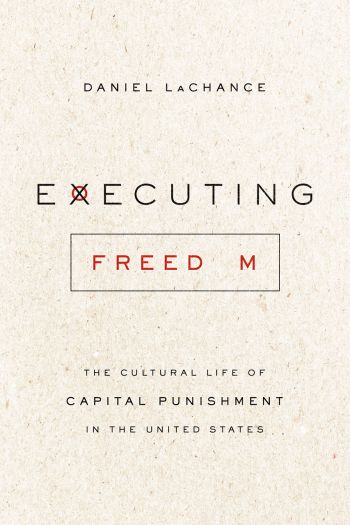 In the mid-1990s, as public trust in big government was near an all-time low, 80% of Americans told Gallup that they supported the death penalty. Why did people who didn’t trust government to regulate the economy or provide daily services nonetheless believe that it should have the power to put its citizens to death?

That question is at the heart of Executing Freedom, a powerful, wide-ranging examination of the place of the death penalty in American culture and how it has changed over the years. Drawing on an array of sources, including congressional hearings and campaign speeches, true crime classics like In Cold Blood, and films like Dead Man Walking, Daniel LaChance shows how attitudes toward the death penalty have reflected broader shifts in Americans’ thinking about the relationship between the individual and the state. Emerging from the height of 1970s disillusion, the simplicity and moral power of the death penalty became a potent symbol for many Americans of what government could do—and LaChance argues, fascinatingly, that it’s the very failure of capital punishment to live up to that mythology that could prove its eventual undoing in the United States.