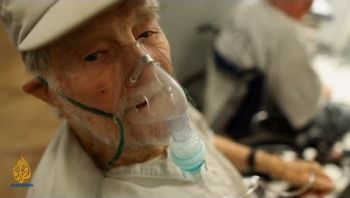 The massive prison population in the U.S. is getting older. Long sentences that were handed out decades ago are catching up with the American justice system, and prisons across the country are dedicating entire units just to house the elderly. During difficult economic times, the issue has hit a crisis point. Estimates are that locking up an older inmate costs three times as much as a younger one. Fault Lines gains exclusive and unprecedented access to jails and prisons across the country to find out how prisons are dealing with aging inmates—and to ask who are the prisoners who are turning gray behind bars?