Death and Other Penalties 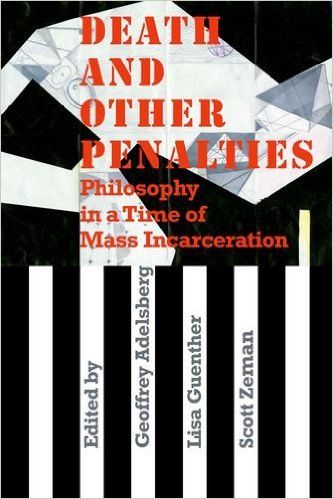 Mass incarceration is one of the most pressing ethical and political issues of our time. In this volume, philosophers join activists and those incarcerated on death row to grapple with contemporary U.S. punishment practices and draw out critiques around questions of power, identity, justice, and ethical responsibility.

This work takes shape against a backdrop of disturbing trends: The United States incarcerates more of its own citizens than any other country in the world. A disproportionate number of these prisoners are people of color, and, today, a black man has a greater chance of going to prison than to college. The United States is the only Western democracy to retain the death penalty, even after decades of scholarship, statistics, and even legal decisions have depicted a deeply flawed system structured by racism and class oppression.

Motivated by a conviction that mass incarceration and state execution are among the most important ethical and political problems of our time, the contributors to this volume come together from a diverse range of backgrounds to analyze, critique, and envision alternatives to the injustices of the U.S. prison system, with recourse to deconstruction, phenomenology, critical race theory, feminism, queer theory, and disability studies. They engage with the hyper-incarceration of people of color, the incomplete abolition of slavery, the exploitation of prisoners as workers and as “raw material” for the prison industrial complex, the intensive confinement of prisoners in supermax units, and the complexities of capital punishment in an age of abolition.

The resulting collection contributes to a growing intellectual and political resistance to the apparent inevitability of incarceration and state execution as responses to crime and to social inequalities. It addresses both philosophers and activists who seek intellectual resources to contest the injustices of punishment in the United States.