Broken on All Sides 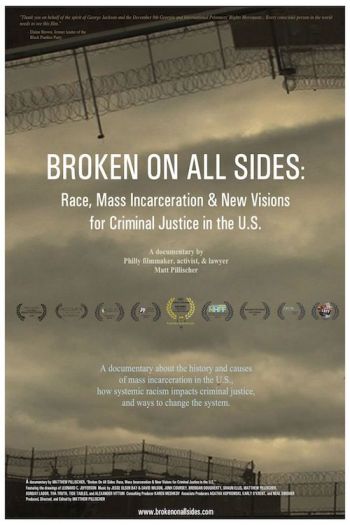 The project began as a way to explore, educate about, and advocate change around the overcrowding in the Philadelphia jail system. It has come to focus on mass incarceration across the nation and the intersection of race, poverty, and the criminal justice and penal systems. The documentary centers around Michelle Alexander’s theory in her book, The New Jim Crow: since the rise of the drug war and explosion of prison populations, because discretion within the system allows for prosecution of people of color at disproportionately high rates, mass incarceration is a new version of Jim Crow. The movie also dissects the War on Drugs and ‘tough on crime’ movement, and offers possible reforms and solutions to ending mass incarceration and this new racial caste system.