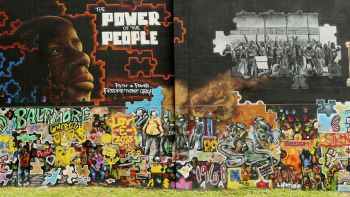 On April 12, 2015, 25-year-old Freddie Gray was arrested in West Baltimore. A week later he died from a neck injury while in police custody, sparking protests that captured national attention.

The anger over Gray’s death is rooted in a long history of police violence in Baltimore, where many residents see law enforcement as an occupying force – and some former officers speak about a culture of silence in the department that insulates officers from accountability.