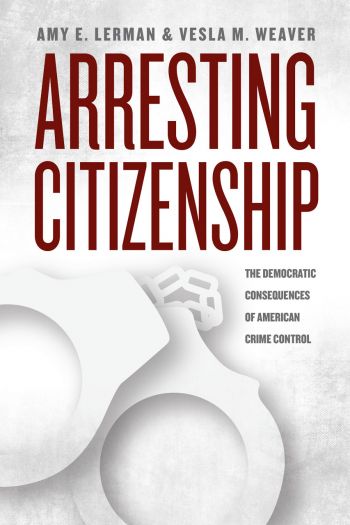 The numbers are staggering: One-third of America’s adult population has passed through the criminal justice system and now has a criminal record. Many more were never convicted, but are nonetheless subject to surveillance by the state. Never before has the American government maintained so vast a network of institutions dedicated solely to the control and confinement of its citizens.

A provocative assessment of the contemporary carceral state for American democracy, Arresting Citizenship argues that the broad reach of the criminal justice system has fundamentally recast the relation between citizen and state, resulting in a sizable—and growing—group of second-class citizens. From police stops to court cases and incarceration, at each stage of the criminal justice system individuals belonging to this disempowered group come to experience a state-within-a-state that reflects few of the country’s core democratic values. Through scores of interviews, along with analyses of survey data, Amy E. Lerman and Vesla M. Weaver show how this contact with police, courts, and prisons decreases faith in the capacity of American political institutions to respond to citizens’ concerns and diminishes the sense of full and equal citizenship—even for those who have not been found guilty of any crime. The effects of this increasingly frequent contact with the criminal justice system are wide-ranging—and pernicious—and Lerman and Weaver go on to offer concrete proposals for reforms to reincorporate this large group of citizens as active participants in American civic and political life.